Laws are created to govern human behavior and enforced through institutions, such as law enforcement and judicial offices, to maintain peace and order. These laws are rules and guidelines designed by government or evolve as precedents by Judges.

What about laws created by governments to specifically ‘target’ and deny Rights to specific citizens or groups, for political or financial gain? Who now protects these citizens from their own government, and allows acts of ‘domestic’ genocide to be freely conducted ? 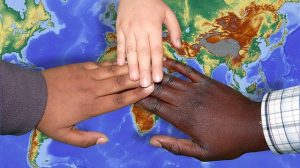 Rafal (Raphael) Lemkin had visited war torn nations where acts of genocide had been committed. He was the first to coin the Greek-Latin term ‘genocide’: ‘geno’ translated means ‘race, people’ and ‘cide’ in latin, means ‘to kill’. His experience with ‘group exterminations‘ led to writing his book, Axis Rule in Occupied Europe.

Mr Lemkin would help orchestrate the introduction of the draft resolution for the ‘Genocide Convention’ treaty’, with support from the USA, to the United Nations, which was adopted December 9, 1951. It has withstood time and referenced for major cases of genocide.

Partial Acceptance of the Genocide Convention

The Genocide Convention did not fully accept ALL recommendations of Mr. Lemkins draft. He had tried to include ‘non-physical‘ aspects which referred to the ‘pschological‘ effects from acts of genocide that wasn’t related to outright murder.

This referred to acts such as ‘ a coordinated plan of different actions aiming at the destruction of essential foundations of the life of national groups, with the aim of annihilating the groups themselves.

The objectives of such a plan would be disintegration of the political and social institutions, of culture, language, national feelings, religion, and the economic existence of national groups, and the destruction of the personal security, liberty, health, dignity, and even the lives of the individuals belonging to such groups. 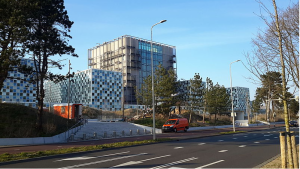 Mr. Lemkin believed that acts of genocide required ‘techniques‘ that would affect a people as a whole, such as the Russian genocide. Ukrainians died and suffered during a deliberate ‘famine‘ consequently wiping out five million Ukranians and ‘Ukranian Nationalism‘.

Lemkin considered this as wiping out a culture and nation. He stated how techniques could be used in other areas, to diminish a groups’ politics, social, cultural, economic, biological, physical self (endangering health, mass killing, religious) and/or their moral beliefs.

Two scholars from Canada, Frank Chalk and Kurt Jonassohn, would also draw their own observations on the subtle motives and characteristics of genocidal acts, categorized in the following;

Formation of the United Nations

The United Nations (UN) is considered one of mankind’s great achievements. It was set up to encourage governments from around the world to work together to keep world peace next to advancing economic partnerships, international laws, security, social progress, a podium for nation-to-nation discussions and protect human rights, on a global scale.

It is an institution that has fantastic ideals but in reality, has become considered impotent, an office only for ‘prestige‘ and offers NO true protection. Most of the UN Military personnel  aka the ‘Blue Helmets‘ and UN Peacekeepers are called upon for Peace operations such as ;

Domestic genocide (Kuper, 1985) is a problem that’s been found to exist yet remains un-addressed. It refers to ‘acts of genocide committed within a state/Province by citizens of the state/Province‘.

Prosecutions for these particular act(s) of genocide are ignored therefore begs the question, should those in knowledge , giving permission, be considered as ‘complicit‘, to the various forms of genocide being enacted? A definition of complicity is, a ‘partnership, or one is privy, shares criminal participance‘.

Atrocities have been committed and continue in this day and age (Rwanda, Darfur, Kurds, Yemen, America’s, etc). Acts and violations against others, have evolved, are practiced and explained (excused?)  away but are the very forms of genocide, that are NOT included, in the Genocide Convention. Do you see, and understand what minorities see, live through daily?

Indifference to Suffering of Minorities

Why allow citizens to hate on their fellow citizens regardless of gender, culture, ethnicity, race, belief, etc.? It seems to only grow, when there’s silence from government, no protective laws, or legal consequences,  just do NOT exist.

Canada, and the United States of America, have increases of crimes against minorities from not just fellow citizens but from the Police, and other ‘appointed‘ groups. Deaths are included and near zero consequences.

Many of Canada’s own laws include a ‘no liability‘ clause, and zero consequences for maltreatment of minorities within their own law enforcement, government offices, and courts. Harms against minorities when interacting with Police can, and does escalate leading to death. Canada’s own prisons have high incarceration rates of BIPOC.

It’s a good step towards letting a nation tear itself apart and opportunity for government to herald in, stricter Authoritarian laws for ‘reactions‘ of victims vs ‘behaviors’ of the abuser/criminals. Do you see anything wrong with this system? 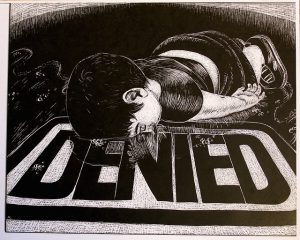 Criminal studies have documented that criminals look for ‘avenues of ample opportunity‘, to commit or hide their crimes. They are opportunistic and predatory therefore prey on those considered ‘weak‘.

One perspective not reported is that ‘minorities‘ see the ‘criminal‘ behaviors in government especially when the government creates laws that ‘violate‘ existing laws of the land (our Constitution) with impunity (safe from legal punishment) for themselves. They have a ‘Free’ pass from consequences and punishment of the law.

The spirit of the Magna Carta, designed to include the government under the rule of law has in effect been abolished with ‘no liability‘ clauses in our laws protecting them.

So, when people with criminal behaviors enter government offices, and start creating legislated hardships, on a specified citizenry, where are the people expected to turn for help? Or they’re threatened with loss of freedoms (prison), when their acts are not criminal or harmful towards others? i.e., Indigenous activists

The Genocide Convention should create an ‘Addendum‘ to include the ‘psychological‘ and ‘subtler‘ acts of genocide, found, seen, experienced and recommended by Mr. Lemkin, Mr, Chalk and Mr. Jonassohn.

Some failures or a few obstacles, in the areas of immunity, jurisdiction, extradition, and definition, have prevented prosecution of these crimes. Why is it hard to agree upon, any person entering another nation will abide and fall under their laws vs using ‘excuses’ to give crimes a Free pass?

Members of the UN agree to uphold UN conventions within their own nations, it should be assumed, they shall adjust their own nations’ laws accordingly, to follow a new ‘addendum‘ of the UN to have protections in place for minorities.

Leaders want their people and others accountable but they too, should return the favor, and be accountable to the People. 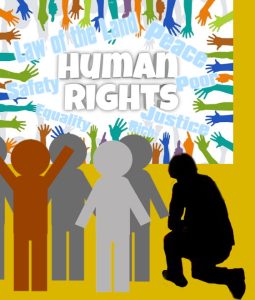 Pointlessness of Arguing to go Nowhere

A major obstacle has been providing a ‘precise‘ definition of genocide. Many reports and studies have been provided but no decision made as to specifying the term. It must include both the ‘intent to destroy’ motive of the perpetrator as well as the ‘group characteristic’ of the victims.

Meanwhile, studies and reports about the many forms of motives and characteristics have been provided! Incessant arguments about accepting and settling upon a final decision, on the definition of genocide, continues to leave many victims helpless to attacks and extreme lack of legal recourse. What could ‘criminals‘ do, sitting in as UN members? We can look to our own prisons to see what the outcome could be.

I’d really suggest looking at their ‘list’ of motives and characteristics together, and easily find the ‘word’ needed for the ‘definition’ they seek. Use a thesaurus, or ask a Psychiatrist too. An interesting definition can be found vs sitting on the idea, letting crimes fly by, and allowing personal ‘pride’ be an obstacle.

Laws and People can Evolve

A few nations have listened to their citizenry over the years and enacted laws considered beneficial for society, as a whole. New criminal laws and punishments are created and continue to evolve due to technological advances, and arising new crimes. This too, should be a goal of the United Nations, EVOLVE into a better institution with updating their own laws, especially in the area of criminal laws.

Paying attention to new, and questioning rescinded protective laws, of developed nations, could help develop inspiration towards their own law creation and updates.

A need to build a better mousetrap, seems always ongoing but there’s no such thing as ‘perfect‘. Laws evolve with society, some good, some not but they are not written in stone. There’s always room to change and adjust as time goes by, but help from the United Nations, in keeping with their mandate, should always be immediately available to the oppressed. Where have you seen acts of domestic genocide?

Convention on Prevention and Punishment of Genocide

I hope you found this article informative. Please feel free to leave your comments and share your thoughts. Use the Ask a Question form to send me a email, if you have a request for a topic of your interest, would like a guest post, or to just say Hello!